On November 16th, 2010, God sent to this earth one of his most precious angels to be the daughter of Jess and Vicki Coonrod. From the moment Bellanne Faye Coonrod was born she sparkled, shined, and filled even the darkest places with her little rays of sunshine.

Bel Coonrod was no stranger to the hospital or doctor offices she was in and out of both her whole life.  She was born with Club Feet, Bilateral Radial Dysplasia, and missing thumbs. By the time she was one year old she had been in the hospital more than out, had a g-button and fundoplication along with countless tests, blood draws, exams and procedures. When she was 1 1/2 she had bacterial meningitis although this was very scary it was also a hidden blessing as we learned she had pituitary dwarfism and hypothyroidism. Bel’s strength and courage have always amazed those around her. She recovered from meningitis with no side effects. Once her growth hormone and thyroid issues were being controlled her health increased and she began to grow and remained out of the hospital until the fall of 2015.

After Bel’s little sister Clar was born, extensive testing was done on both girls.   From the testing we learned the girls have a very rare genetic disorder and have been classified with Ruthmond Thompson Syndrome thus meaning both girls are immune compromised, have bone abnormalities and have a higher risk for diseases such as cancer. Along with having bilateral radial dysplasia, Clar also has bilateral tibial hemimelia and is a double amputee.
From November of 2015 to her diagnosis, Bel was hospitalized numerous times for pneumonia, croup, stridor and had two stays in the PICU due to airway complications. In mid April 2016 we discover a hard mass in her nostril after several trips to different doctors and asking for more tests to be done a biopsy was done on the tissue and we were finally able to get answers to many of our haunting questions. On May 10, 2016 at the age of 5, Bel was diagnosed with Non Hodgkin’s Lymphoma Diffused Large B-cell. After this, her cancer began to show its ugly face in several other places such as the roof of her mouth and lymph nodes. That summer she was in the hospital receiving chemo, blood, platelets and gave us a few scares of septic shock due to being neutrapinic and had a couple of long stays in the PICU.  We are blessed that her body responded to the chemo and on August 19th, 2016 she was declared to have no evidence of disease and to be in remission.  However, her fight had not ended even though the cancer is gone.  Cancer robbed her of her sweet little voice just leaving her with a whisper of a voice, ate away the pallet of her mouth and had left her Immune-deficient.  But none of this stopped her, as she had devices to amplify her voice, an obturator was made for her mouth and she was receiving monthly IVIG to boost her immune system.  Bel had a minor set back in June of 2017 as she was diagnosed with a rare B Cell blood disorder, where her cells were being attacked by EBV causing them to mutating and clustering on her organs as well as her skin.
She was monitored closely and treated for the blood disorder with a monthly low dose of chemo to help prevent the cancer from returning. Her oncologist enrolled her in a trial study at Texas Children’s in Houston where they take donor T-Cells engineer them to mega-cells and then infuse those blood cells into Bel to hopefully better fight her disorder and limit the amount of chemotherapy she will be receiving.  Bel was only able to receive one of the three planned infusions but we had amazing results as we later learned her body was free of EBV and mutated cells.

Bel faced many medical challenges in the short time God let us have her. But with every challenge she remained a fighter and a warrior: full of life, love, courage, hope, and spirit. The strength she used to beat bacterial meningitis when she was only one year old, to defeat cancer when she was five, and against all the other medical battles she faced, was phenomenal.

Her strength was as contagious as her smile, laughter, and joyful dancing. Bel was always quick to include everyone and make sure others were cared for. She always wanted to share her never-ending love and happiness. Our little SuperGirl showed everyone each and every day how to live life to the fullest, fight hard, to never ever give up, and always trust in the good Lord who loves us all. Bel loved to sing, dance, play in the rain, and be around animals. She especially loved being a big sister and child of God!

On the evening of February 17th, 2018, Bel very unexpectedly earned her angel wings due to pulmonary hemorrhaging and was taken home to be with our loving Lord. We know that she met Him at the pearly gates with her health restored, already dancing, wearing a pink sparkly tutu and cape, and singing at the top of her lungs. For those of us left here on Earth, she was taken too soon; but in that time, Bel danced her way into the hearts of many and touched so many lives in transformative ways. God has always had big plans for this itty bitty-girl who had a great big spirit.
Bel is a superhero that taught all of us about living life to the fullest every day with her never ending faith, strength, hope, courage, and love!

Bel loved everything about life,  she spread her kindness like glitter with so much sparkle and shine and it stuck to everything. She always included others and was caring, motivational, and inspirational to all that crossed her path.

​Bellanne Butterfly Blessings has been created to continue her legacy of spreading kindness by sharing blessings!  Bellanne Butterfly Blessings is a charitable organization that is spreading kindness by sharing blessings, with the power of faith helping to provide strength, hope, courage and love to children and families effected by childhood illnesses, diseases or impairments. We provide care packages for newly diagnosed childhood cancer families, surprise packages for kiddos who are enduring lengthy hospital stays, as well as a small package of hope to families who have medically lost a child.  We are also planning on sponsoring two different hand camps that Bel attended several times, and other random acts of kindness to help families facing medical challenges with a child. 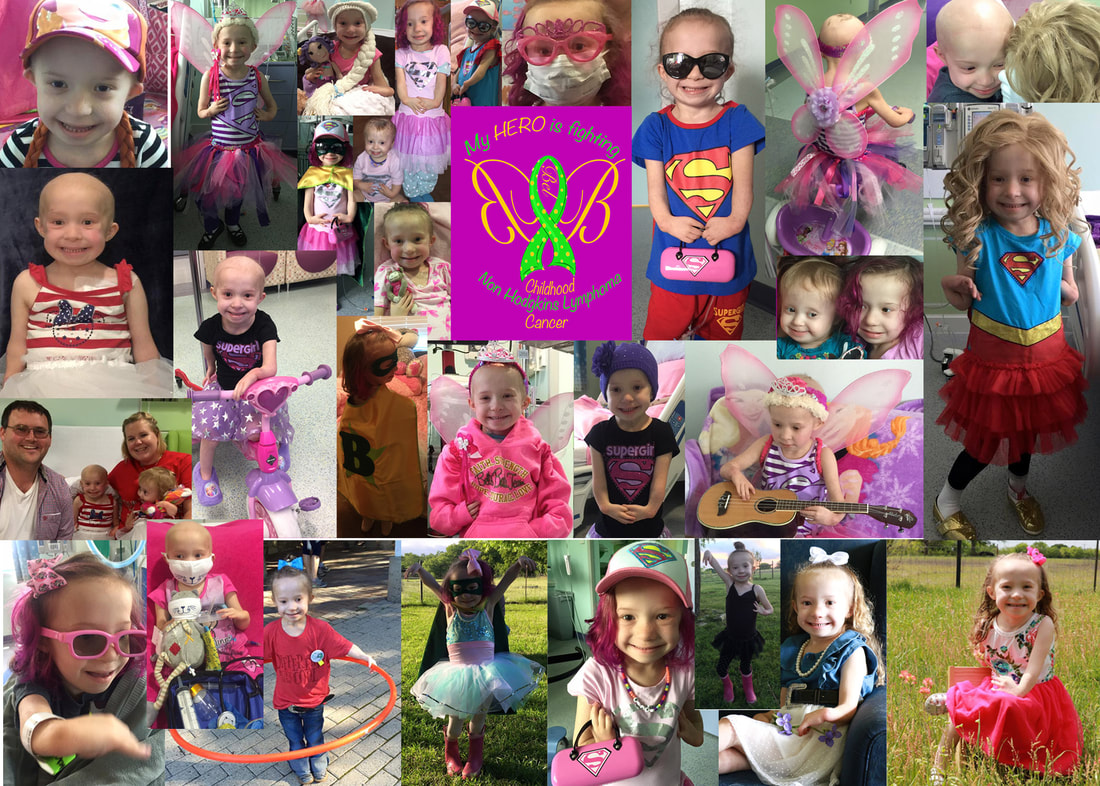